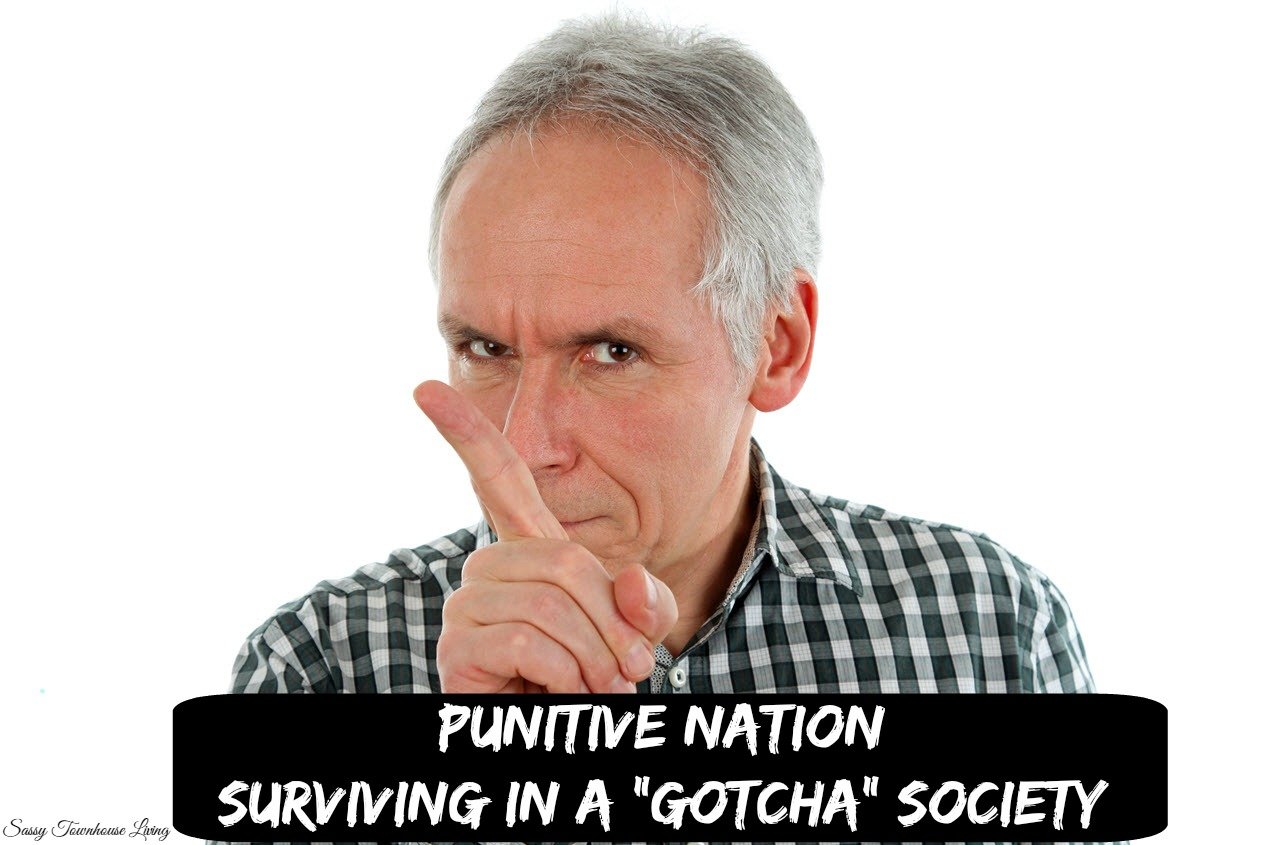 You bad girl! That’s what I hear every time I get the proverbial slap on the wrist whether it be from Corporate America or the government. There is no such thing as a second chance in a gotcha society.

Let me explain my theory on what a “Gotcha Society” means. I’ve noticed a drastic and increasing trend of folks looking to teach you a lesson right out of the gate. And by folks, I mean everyone – whether it comes from large government agencies or local industries such as banks or retail  – someone is always looking to put you in your place and make you pay for it. As it stands, we are an unforgiving group – where are our second chances? Where are the days of the first time warnings or we’re going to let you slide this time? They are gone – along with any clear direction of what the rules are, to begin with.

I’m a good citizen. Honest, I am. I don’t break the law, I respect and love my country, I pay my taxes, and yet I feel as though I am being penalized for of my good intentions. It’s not only about my experiences – it’s also about what I’ve read and seeing takes place out there. Let me give you some clear-cut examples of our “Gotcha Society”.

Municipal Violations: I always make sure I obey traffic law, or at least try my darndest to and haven’t gotta a ticket in my entire driving career, but this is what I’m observing. There are video cameras almost everywhere these days. I understand we need them to monitor misbehavior because there are some folks that don’t obey the law, but largely, it seems too closely akin to entrapment. The tales of ticketing nightmares increase monthly. According to research firm IHS, there are 245 million surveillance cameras installed worldwide, and the number increases by 15% a year. Traffic tickets are a multi-billion industry. There are no more warnings – it’s first come first slam. The state sits back, sets you up for failure, and can’t wait to say gotcha! And once you get a ticket, if you try to pay it off with a payment plan, the ticket fines are often tripled in dollar amount from the original offense. One of my favorite TV shows called Last Week Tonight – John Oliver explained in detail how municipal fines can be insurmountable to most. You have to watch it. It’s mind-blowing. Oh, and he is brilliant!

Social Media Jail? Yes, you heard me right. Here is another example of how even in the virtual world of social media, there are punitive fines to pay. Can companies like Facebook and Twitter put you in jail? Well, not the penal system sort of jail, but yes, another slap on the wrist you’re an anti-social rebel kinda jail. So what exactly is Facebook jail you ask? Well, let me you tell you from experience, it’s the most absurd, emotionally insulting, and offensive slap on the wrist I’ve gotten in the 20 plus years I’ve been using computers. “They” (the half-crazed with power dictator Mark) actually can prevent you from either liking pages, posts or can close your entire account down – depending on your “violation”. And for doing what exactly? Sending friend requests without getting permission first or liking too many pages?  Absurd! I can see FB sending you up the river if you are posting something nasty or illegal, but liking pages?

Well, in my case, I “liked” too many business pages in one fell swoop. Did I know what the rules were? Not really. I had heard of gotcha stories from other social media buddies but never imagined in my wildest dreams it would happen to me. So, let me get this straight – FB will actually penalize you for enjoying one of the very product tools they offer. Yes, that about sums it up. Now, once again, I do understand there are rule breakers but, as it always seems, the innocent suffer for the wrongs of the few. They did release me from FB jail in about a week after I was told my punishment would last a month, but that doesn’t change that you are guilty until proven innocent. And with the billions of FB users, we just sit back and allow this type of nonsense to continue. Some will say well then don’t use the service – that’s not the solution – that’s avoidance.

It’s just another example of how big business is setting us up to fail. Checks and balances are good – it’s what’s made America great! But, you have to stop and ask yourself this imperative question, who is watching the checkers? In government, each of the three branches of government can limit the powers of the others. This way, no one branch becomes too powerful. Each branch â€œchecksâ€ the power of the other branches to make sure that the power is balanced between them. I highly doubt anyone is watching over good old Mark to make sure FB is being fair to everyone. How can they with their 1.19 billion monthly active users? So, here again, FB had transformed itself into a gotcha network. Oh, and I heard they rely heavily on the “rat system” – and ya know what they say about rats! Ironic isn’t it? A social network made up of friends who rat on each other.

Banking & Insurance Industries: Anyone with a credit card knows how steep the fines are if you miss a payment. In the past, you could call your credit card company and ask for forgiveness for a month and removal of the fines and fees attached to your bill, but it seems those days are becoming shorter lived as heavy fines from credit card companies and banks are becoming more and more difficult to fight. It’s as if, they set you up to fail by implementing excruciatingly high-interest rates and fines. These blood-suckers are lurking in the dark corners of your room waiting to jump out and scream GOTCHA. Example – a friend accidentally over drafted her checking account and as soon as she realized the mistake, she ran directly to the bank and deposited the funds to cover the overdraft, as well as the fines. She was quickly and harshly informed by a teller that she would not be able to use her debit card for six months because of her carelessness. Six months! And ever after she promptly corrected the issue she would still have to pay her dues. It seems as though you have to keep paying for your mistake over and over. As for providing excellent customer service – a dead art form indeed.

Insurance Agencies: Well, let’s ask Flo what she thinks. She states you can add this tiny tracking device called Snapshot to your car and bam!  Progressive claims Snapshot is all about saving good drivers lots of cash. It’s as simple as that. Really Flo? Why don’t you rename it to what it really is – Crapshot! Why would I ever want to attach a device to my car that would allow anyone to track my driving behavior and location? Sure, you can say well if you have nothing to hide and you think you are a responsible driver, then it shouldn’t be a problem right? Wrong! It’s just another way for corporate big brother to slap you on the wrist and try to mold you into a Stepford driver. How much is your privacy worth? That’s the question we should ask ourselves. They modify your driving habits, and at the end of the day, they delude you into thinking you are saving nothing but a few pittances while raising your overall insurance costs. With Snapshot, you might receive a vanity discount on your insurance at the cost of an increased premium in your next renewal. Why worry about a program that is currently voluntary? Because if we are not careful now, state laws can make this type of gadget mandatory as they sit back and wait to say gotcha!

I’m rarely the Debbie Downer in the room, but when I see something going terribly wrong, I feel compelled to speak about it. I can’t help but ask why is there an increase in the price we have to pay to learn from our mistakes? Why does it feel like everyone is out to get you instead of offering understanding and forgiveness – just once would be nice and go a very long way. I’m not being paranoid either – ask around and see what your friends think. Whether it’s someone penalizing you for raising your kids as you see fit – the helicopter or free-range parents or trying to modify your behavior, you have to stop and ask yourself how much is too much? What are you willing to surrender in order to conform to the mores (the essential or characteristic customs and conventions of a community) of societal demands?

Conclusion: Am I a conspiracy theorist? God no! But, I am eyes wide open to how government and mega-corporations are increasingly trying to turn us into a Stepford community of zombies in order to make us compliant citizens – their two buzzwords are submission and punishment. I think that movie (The Stepford Wives) was very prophetic indeed!

Here’s some irony for you – I once was guilty of doing the very same thing I disdain and wrote about it here. I played gotcha with a poor snow plow dude! In my defense, he did break a stop sign, and I feared it would injure someone. It’s such a confusing time we live in. I only hope with the advent of all these monitoring emerging technologies we can somehow make sense of it all someday.

And as always, thanks so much for visiting my site and if you like this post Punitive Nation – Surviving In A “Gotcha” Society please subscribe via email below and never miss a post again! 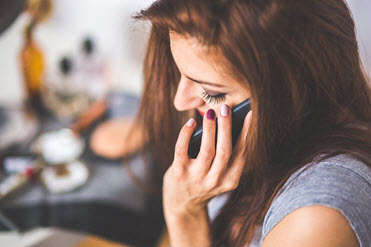 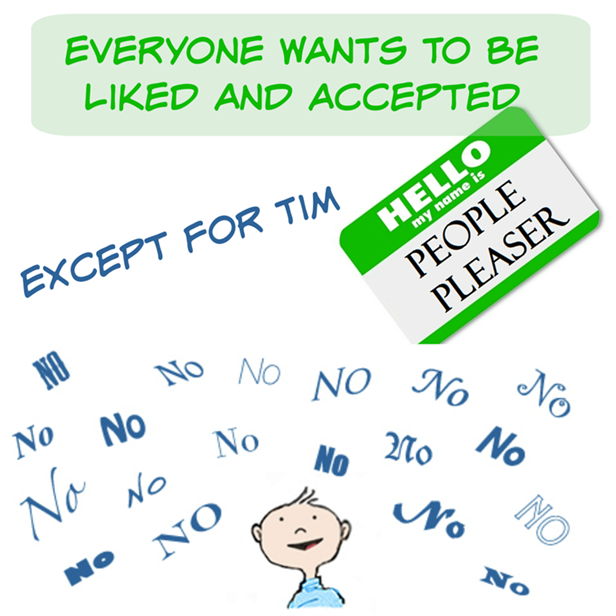 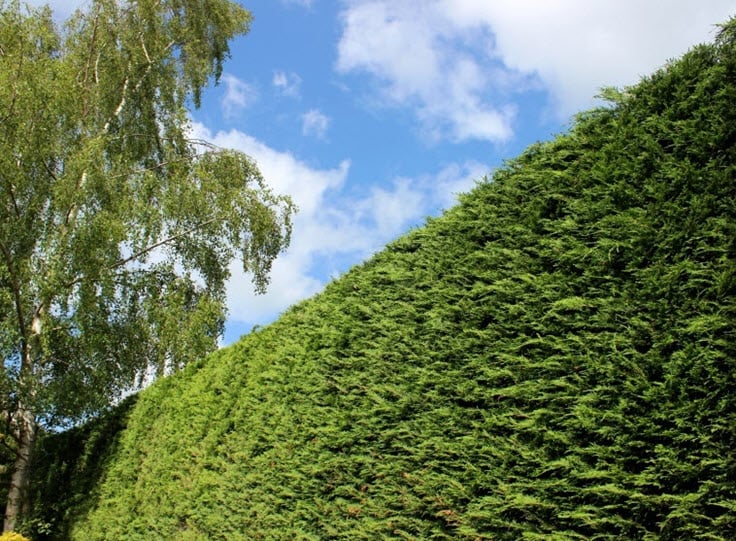 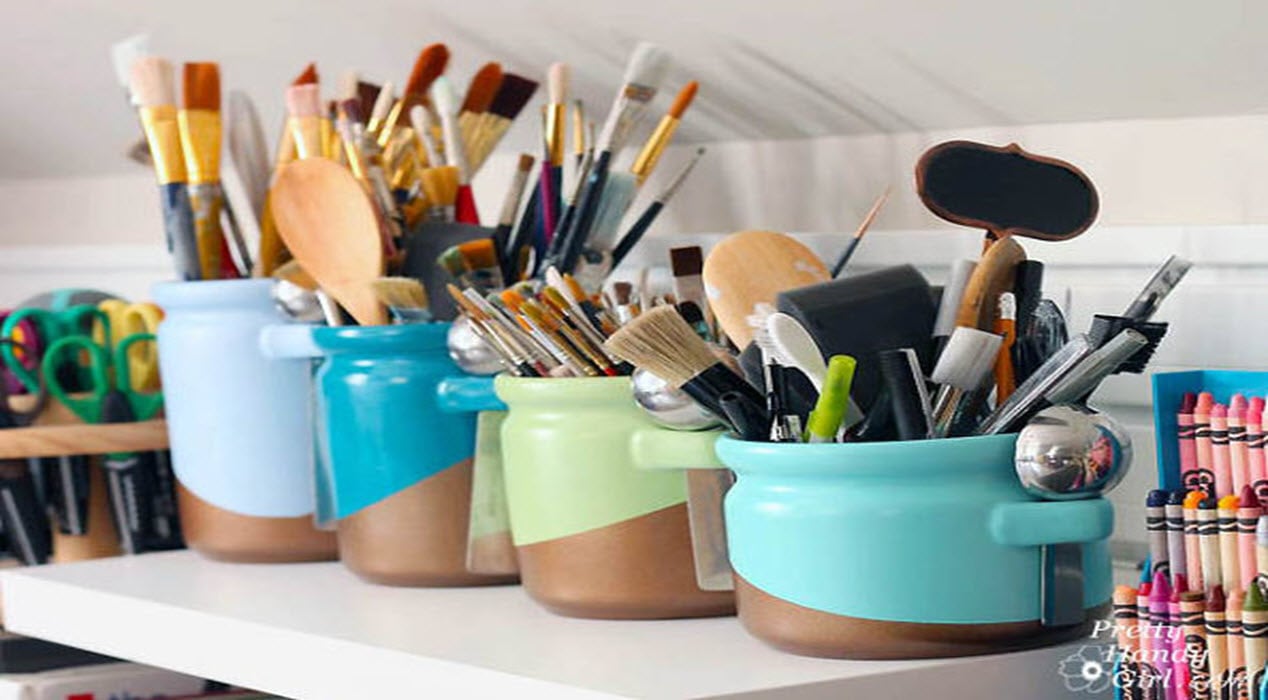 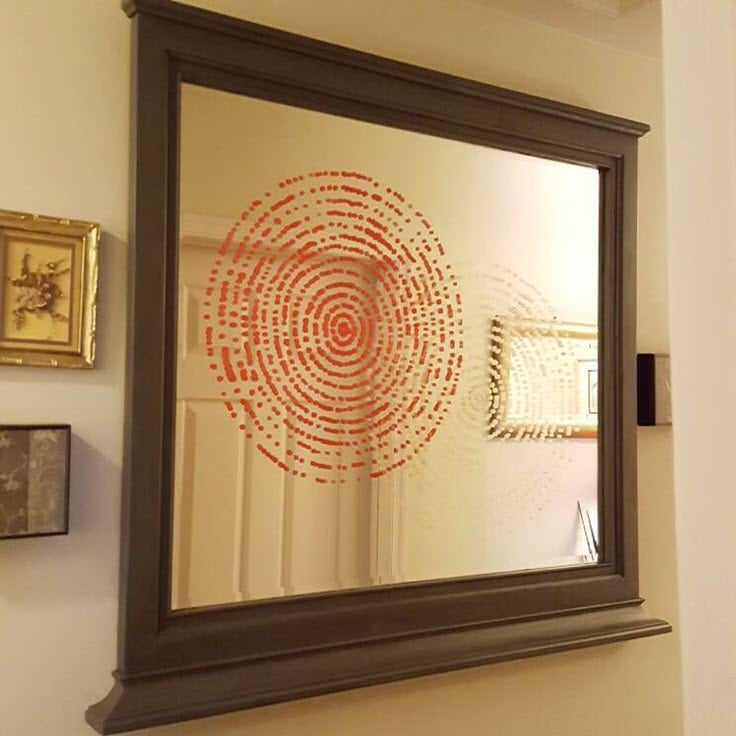 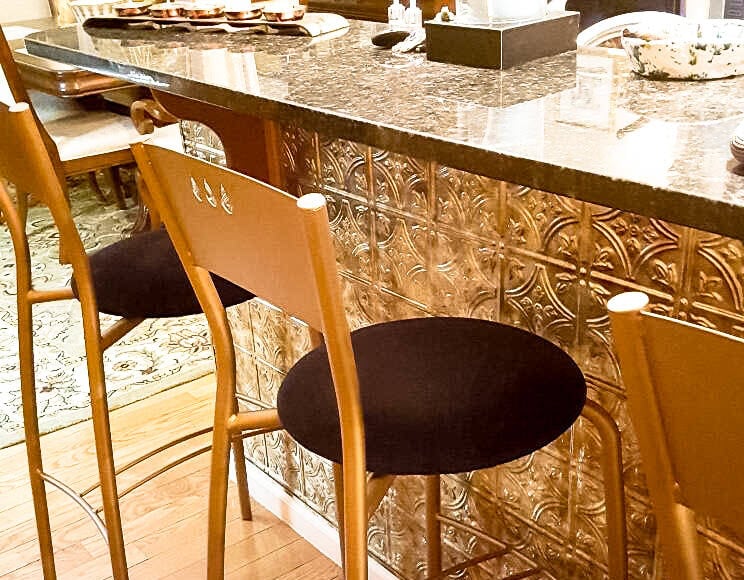