America’s oldest log cabin is up for sale! This is an original log cabin dating back to 1638 with ironwork dating from the 1590s. This historic home is truly breathtaking in its old world charm and is a must see! 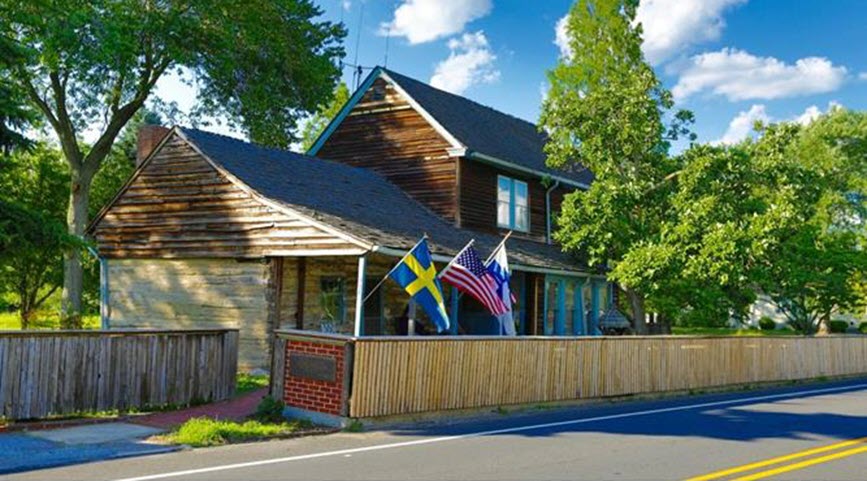 It’s for sale in what was the New Sweden Colony in Gibbstown, New Jersey for $2.9 million. In 2011, experts declared Nothnagle Cabin to be the world’s oldest log cabin standing in its original place. 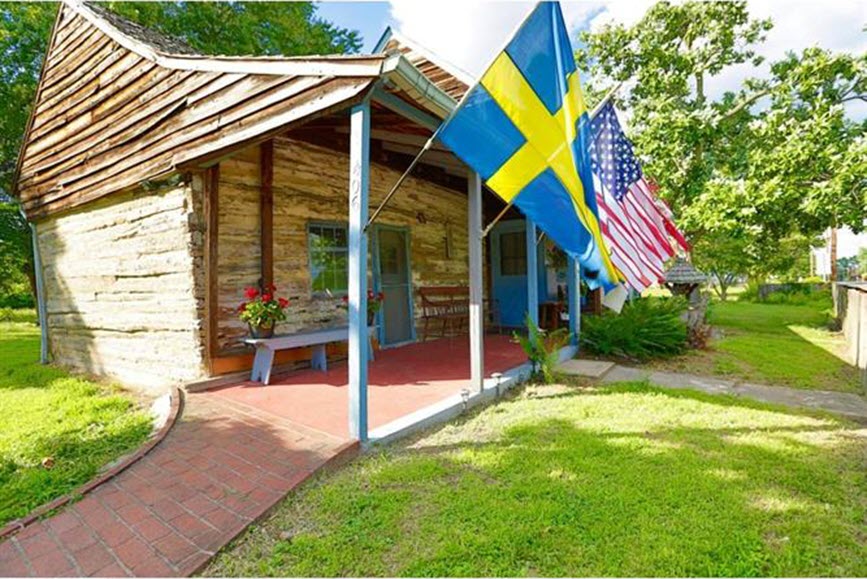 The home was built by Antti Niilonpoika, a pioneer Finnish settler also known by his Americanized name of Anthony Neilson. It’s always so interesting to learn how folks transformed their names upon arriving here in the States.

For over a hundred years the cabin stayed in the same family. In 1968, it was purchased by Harry Rink who had visited the owners, his relatives, as a boy in the late 1940s and helped with chores and repairs. 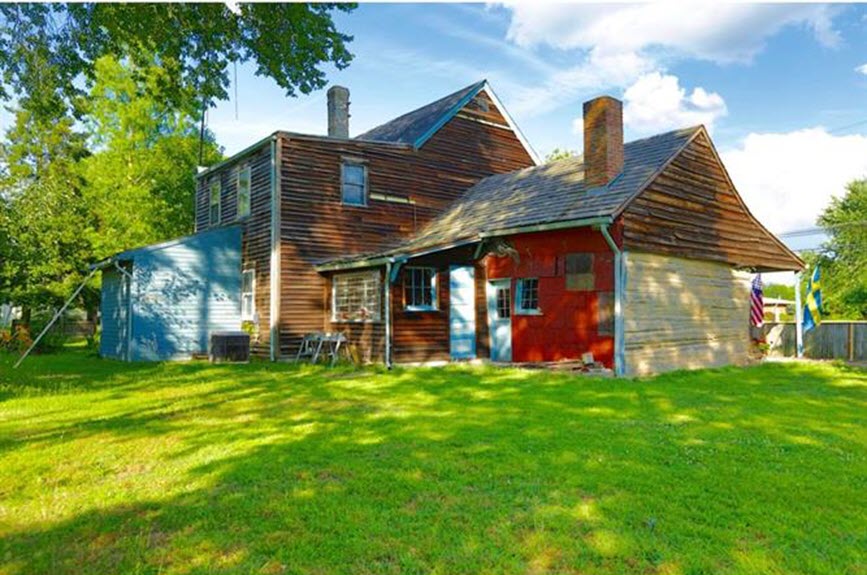 Since then, he and his wife have maintained its original condition, furnishings, and antiquities, most of which convey with the property. This historic home is a true piece of America’s heritage and gives us all a sense of what it was like to live during those times.

If you love this home tour be sure to check out our other home tours as well! 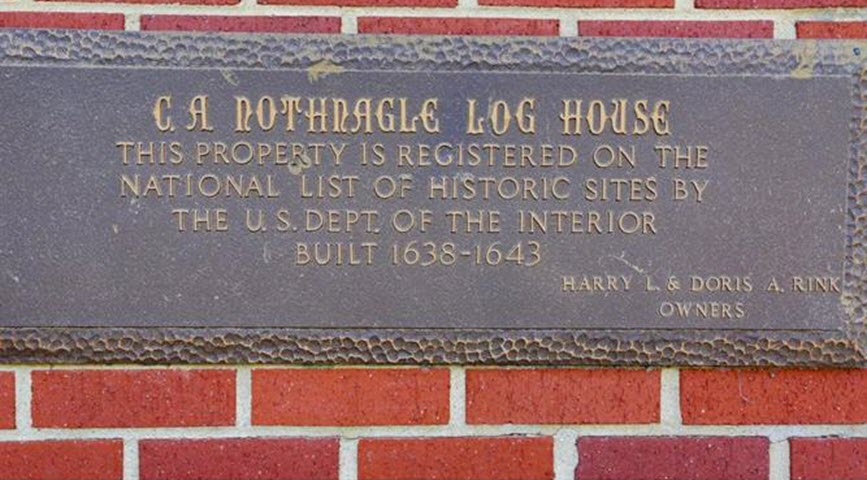 Of course, America’s oldest log cabin is listed on both the National and State Historic Registers and is reportedly among the oldest home of its type in the Western Hemisphere!

Everything about this historic home represents the beauty and raw living conditions of the past. 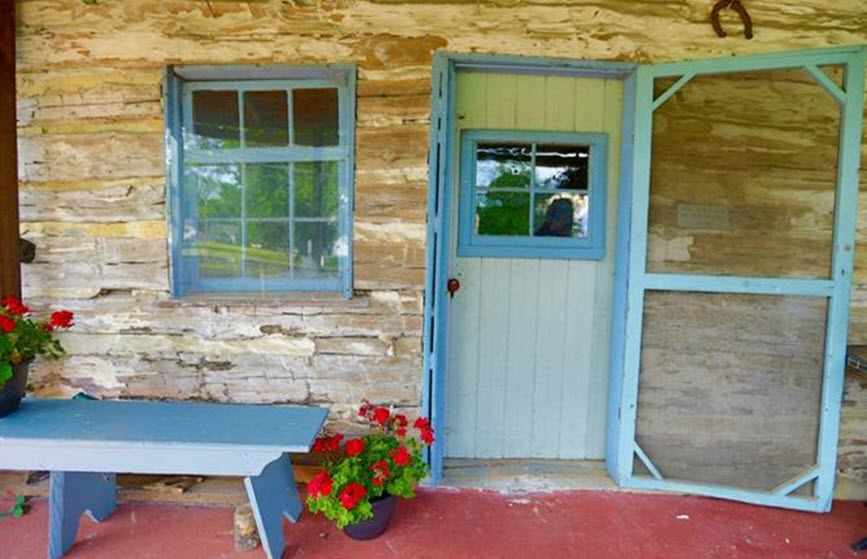 Everything looks to be left in its natural state which makes you appreciate its beauty even more so. 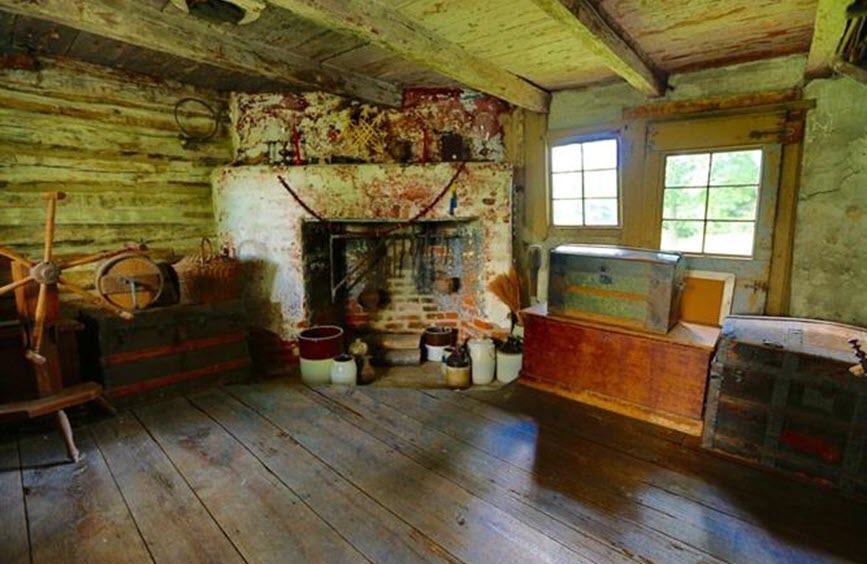 Nothnagle Cabin was built of strong white oak, square-hewn logs with carefully fitted dovetail joints and trunnel pins (wooden dowels) requiring no nails. The bricks used in the asymmetric corner fireplace were thought to be brought from Europe and used as ship’s ballast. The iron pot hangers, used for cooking over the fire, are dated as far back as the 1590s. 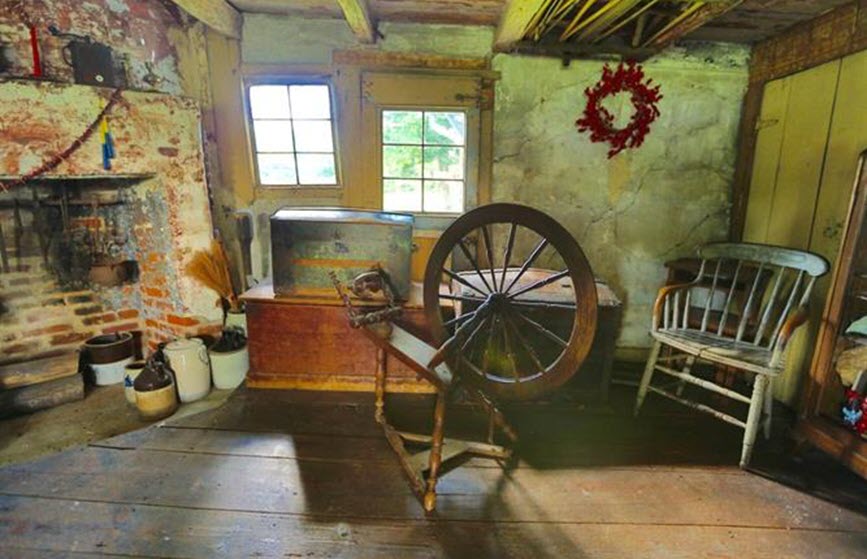 Originally the cabin, measuring 16 by 22 feet, had dirt floors, but in 1730, when it was 100 years old, Loblolly pine floors were added. Also in 1730, they added stairs to the upper floor. It’s interesting to know that before that the younger children would have to climb a ladder to reach their sleeping quarters. 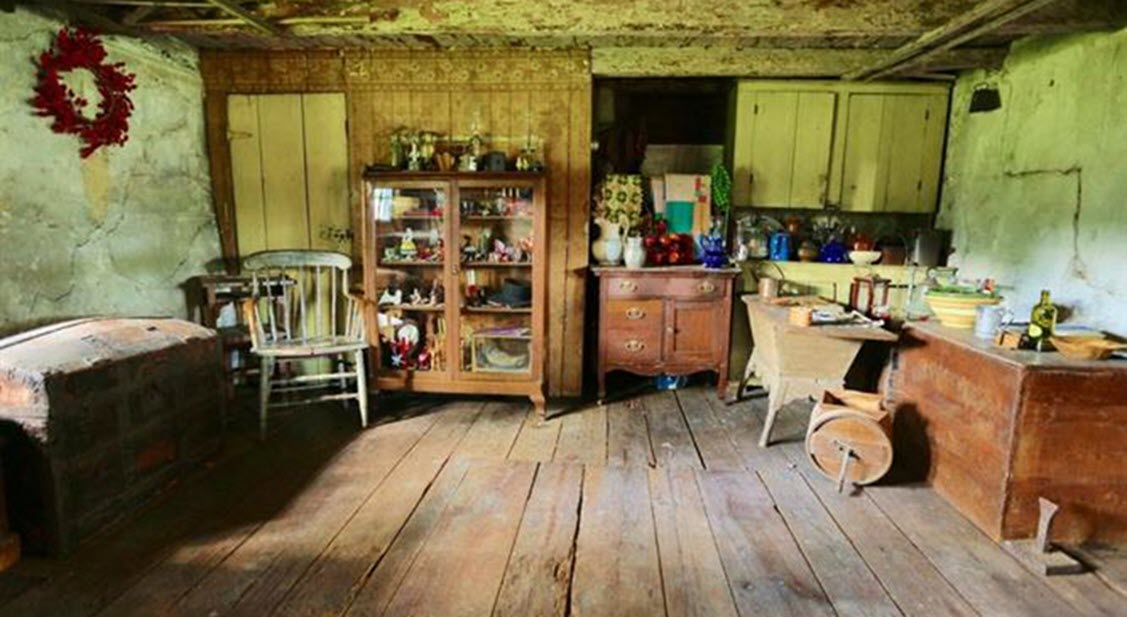 Finns constructed cabins with slightly protruding upper logs to deflect rain away from the cabin, which helped preserve the bottom logs. Historically, a pioneer family would live for many years in their original cabin and later when the children were growing older and space was even more at a premium, they would add a larger home, connecting it to the original cabin. 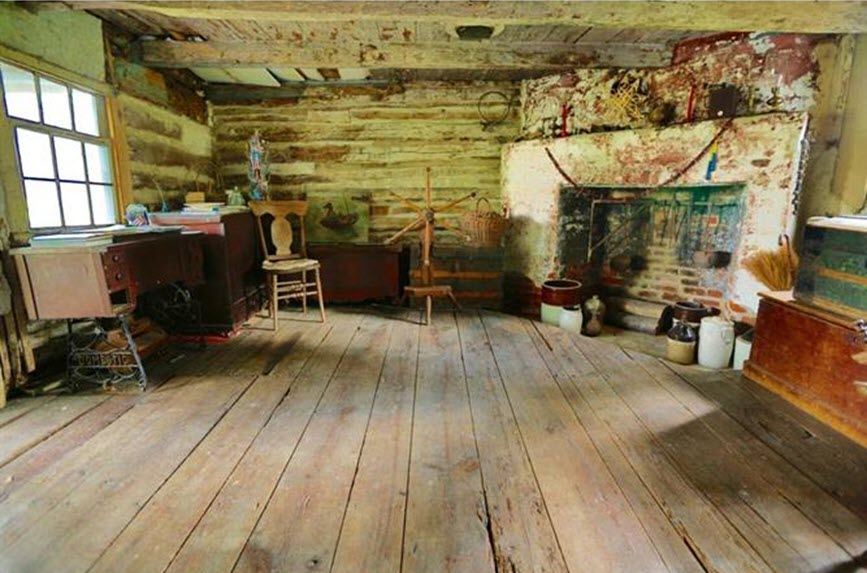 The Rinks have been giving educational tours of the cabin since they were first married and enjoy showing visitors how pioneers lived at the beginning of the country’s history. The cabin itself has not been occupied since 1918 but was attached to the existing two-story home of the Rinks out of convenience, where they processed milk and meat as Greenbriar Farms in the 1900s. 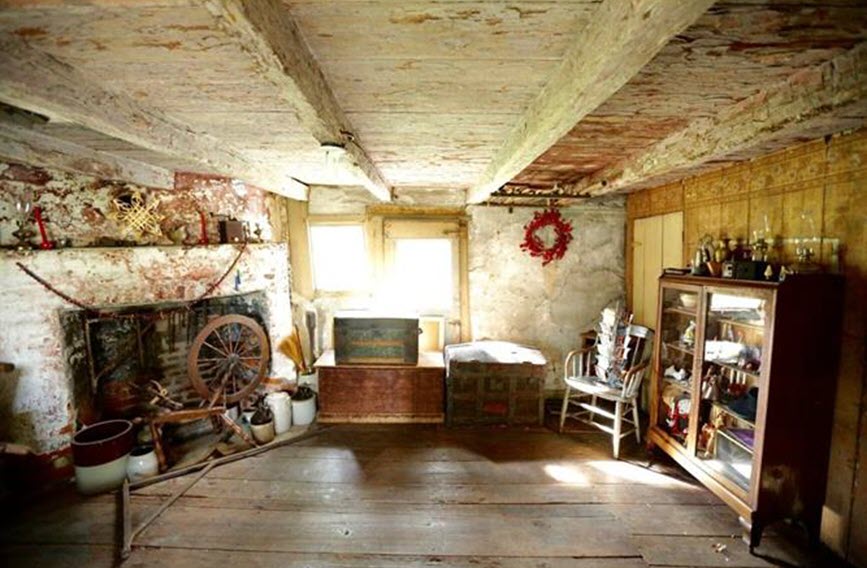 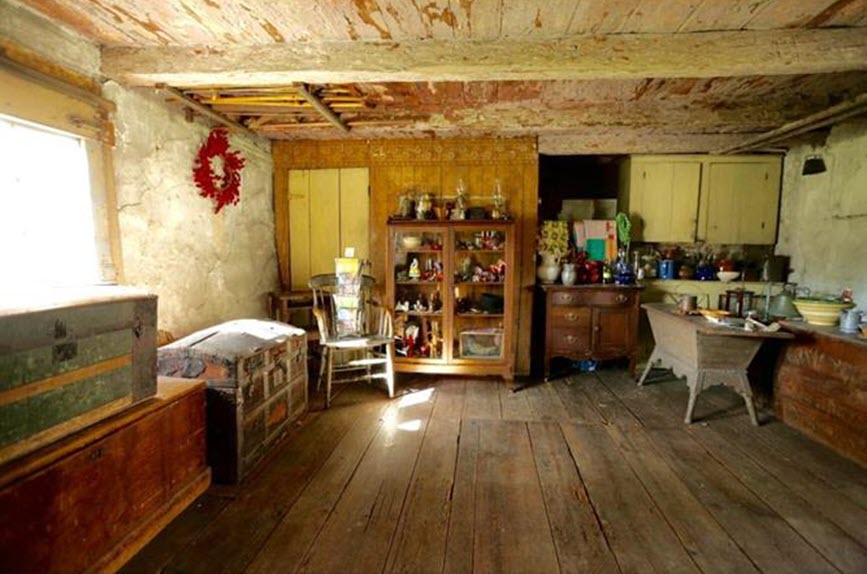 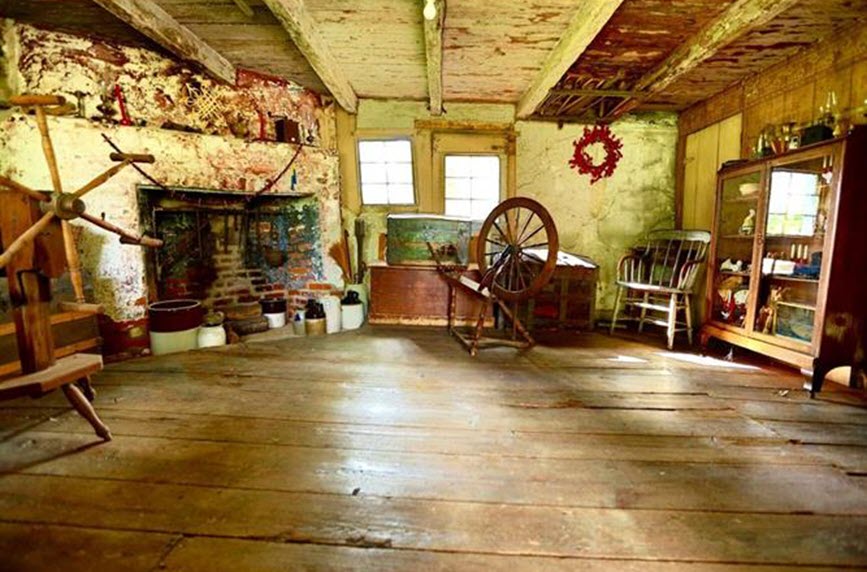 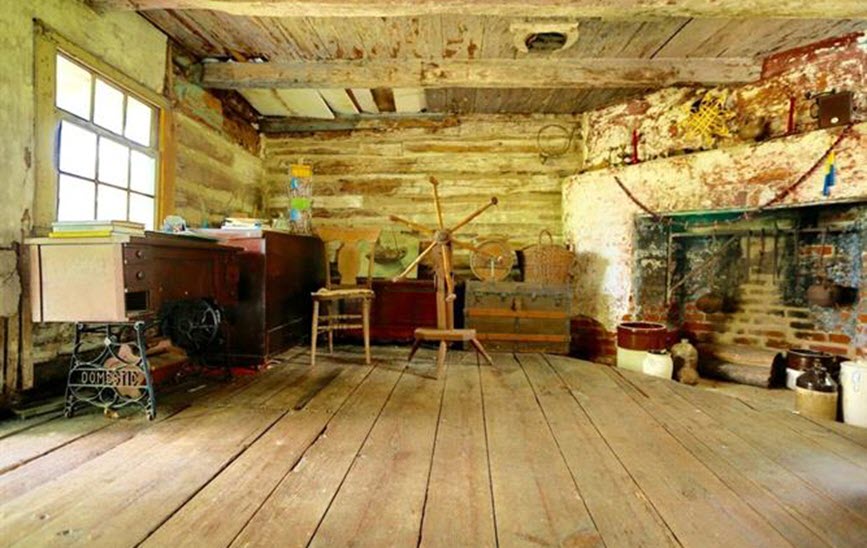 Imagine having to make do with a kitchen like this one? It’s hard to imagine living in such bare conditions as this when benchmarked against today’s standards.

The listing states there are “Incredible artifacts and various furnishings are also included in the sale of this museum-like property.” 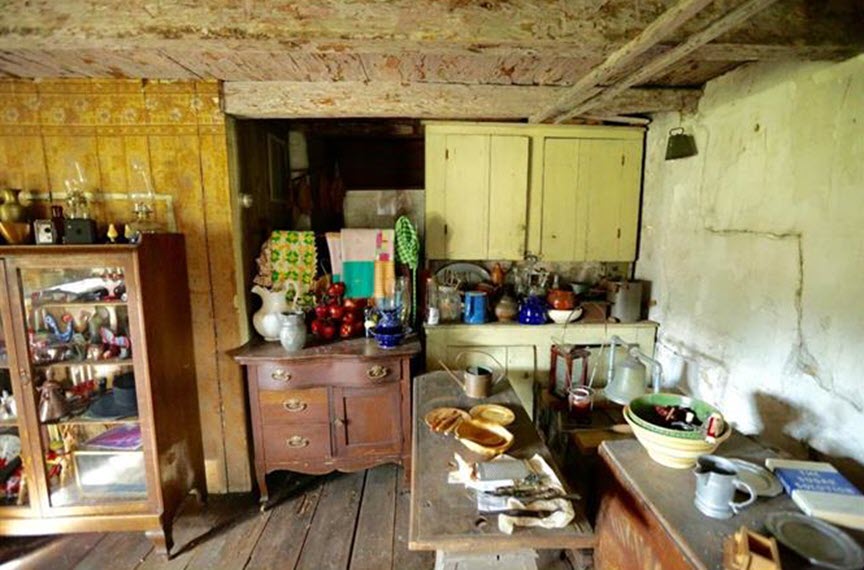 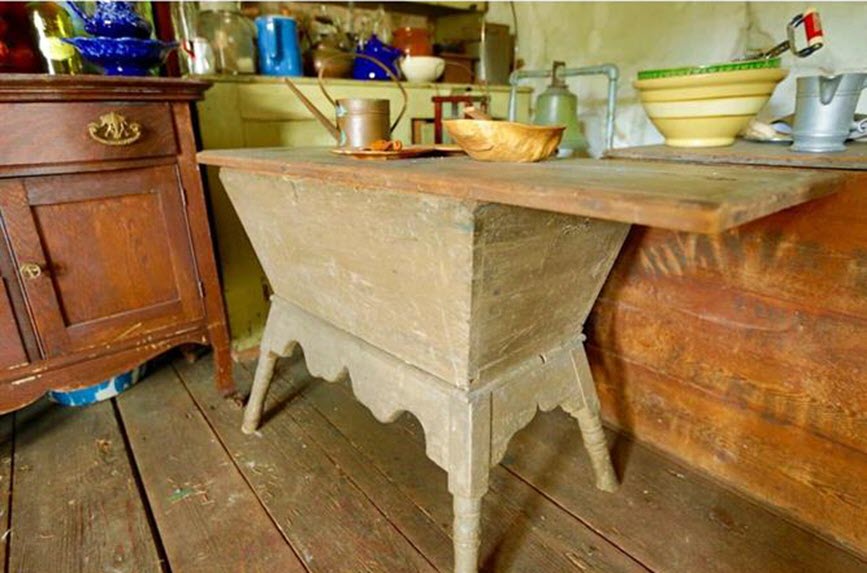 Over the years, the Rinks have welcomed thousands of visitors. According to the listing, “These have included Ambassadors, Consulate Generals, Congressmen, Governors, Authors, Professors, Archaeologists, and Historians in addition to those visiting for their thirst for knowledge.” 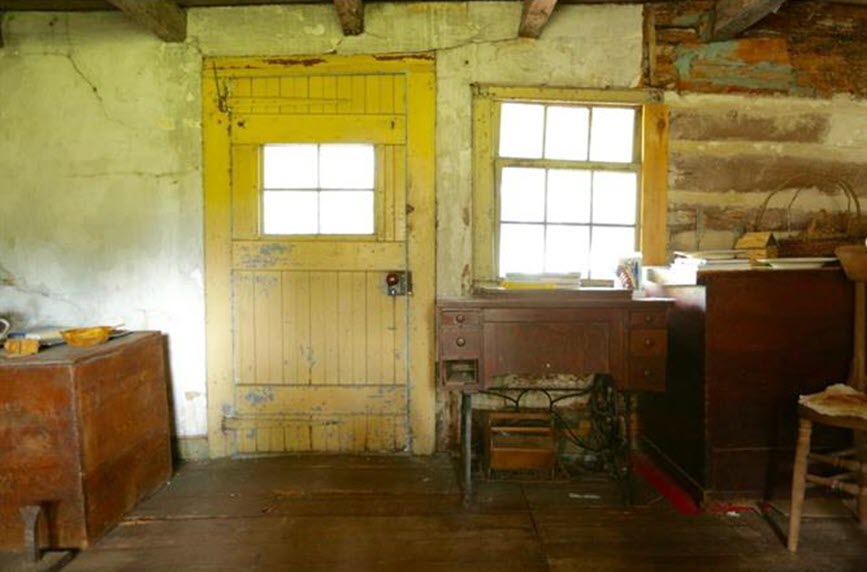 I can only imagine the value of the interior decor. Those trunks are still very much in style today too! The oxidized coloring throughout this historic home is simple eloquent in style and form. 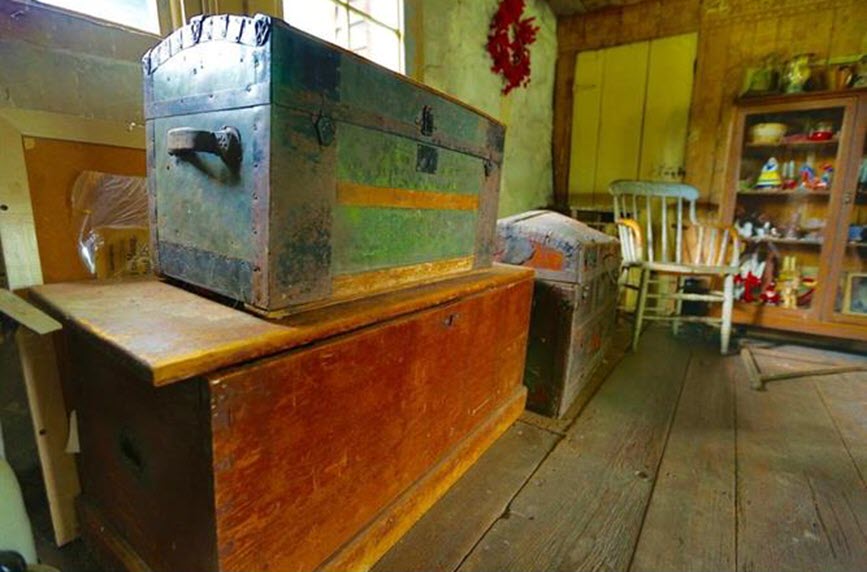 The 1.3-acre lot also includes a gazebo, shed, and a four-car garage.

If you want to purchase this home, the home’s washer, dryer, freezer, refrigerator, gas stove, and fixtures are included in the sale. Sadly, the three antique items—a tractor, anvil, and sweet potato cutter—are not. 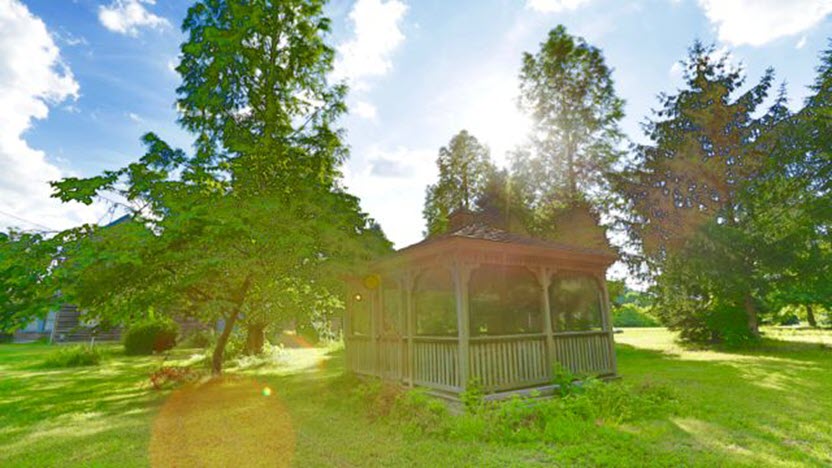 The sale of the home includes artifacts, antique furnishings, and all fixtures. A life estate is requested as part of the sale, where Doris and Harry Rink, now in their late 80s, hope to continue tours and welcome visitors as long as possible.

You can own this historic and oldest log cabin as long as you don’t mind letting the Rinks (shown here) continue their tours. This couple is as old world charming as their property! 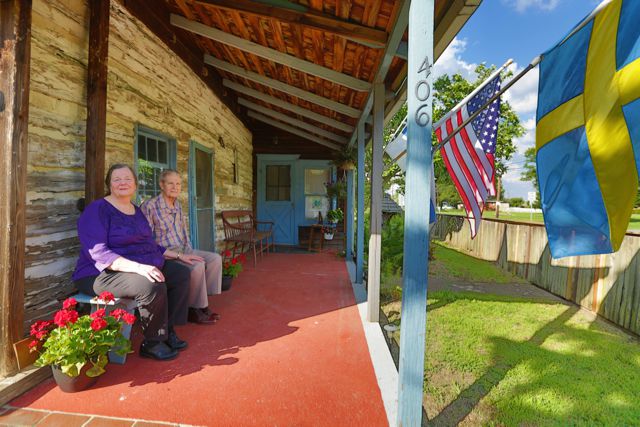 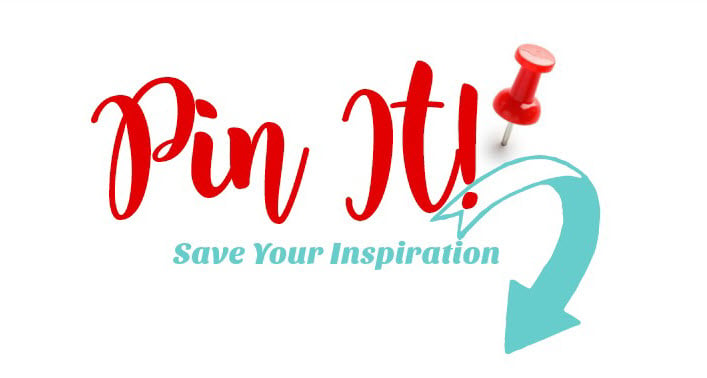 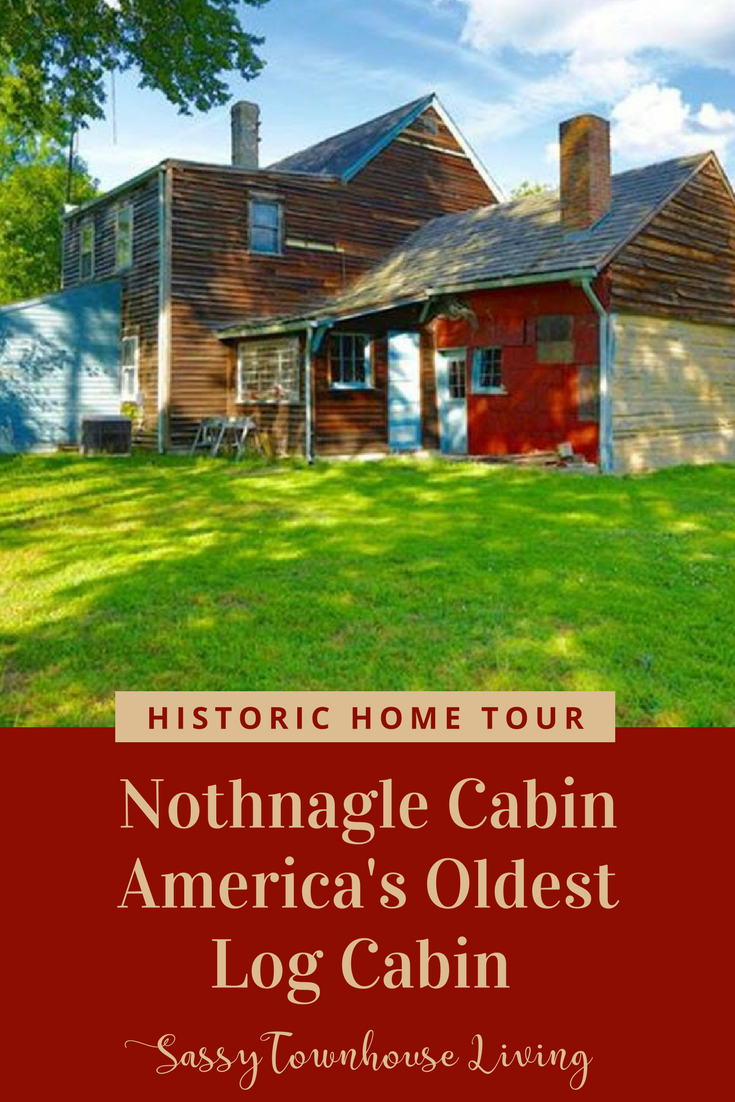 Be sure to read An Epic Fairytale Gingerbread House In Brooklyn – it is magical! 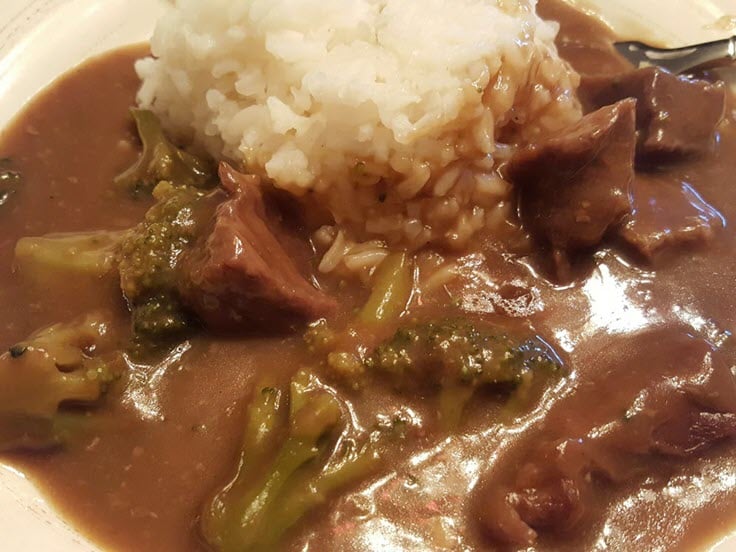 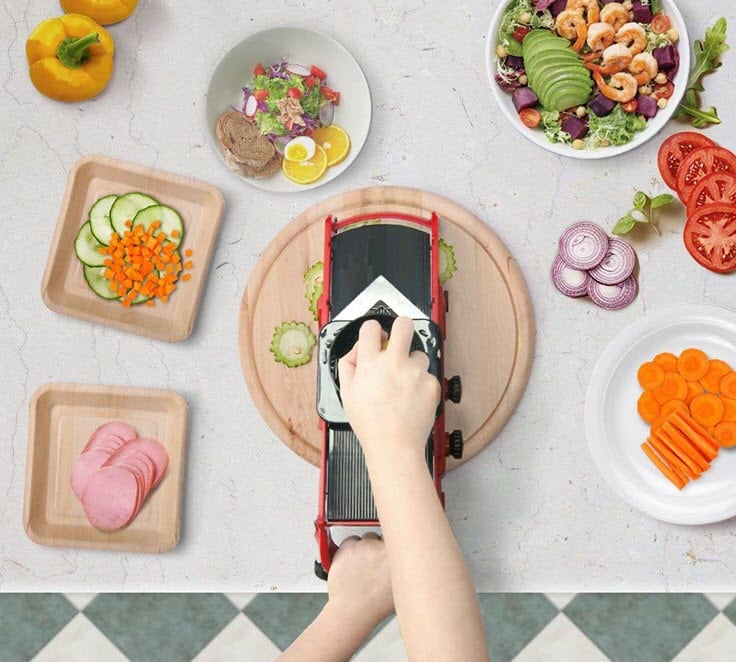 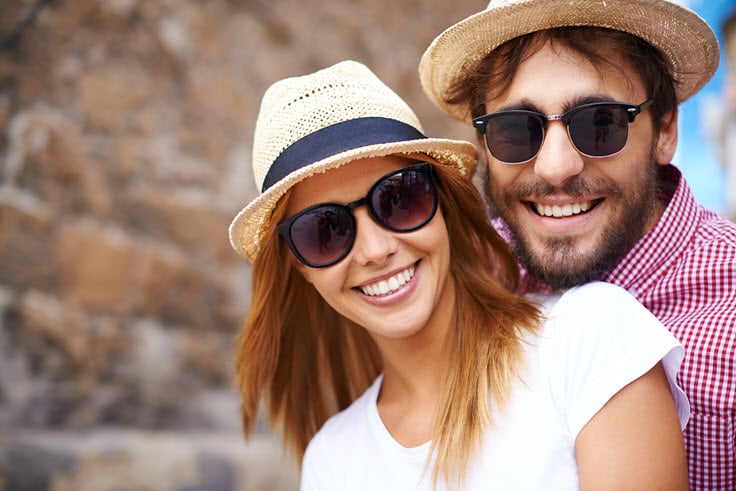 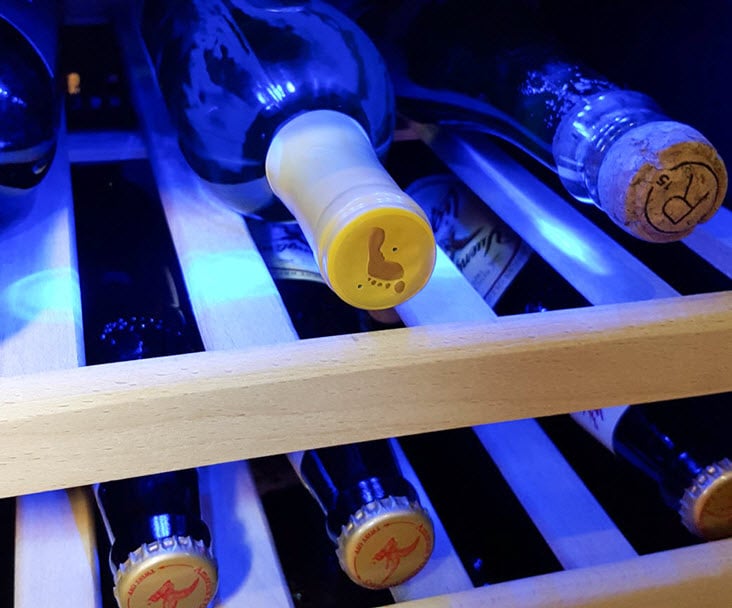 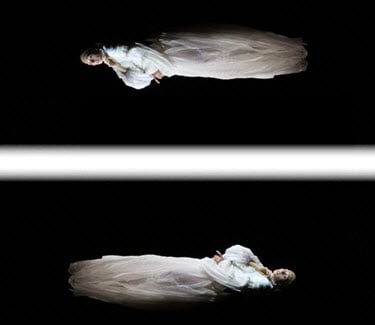 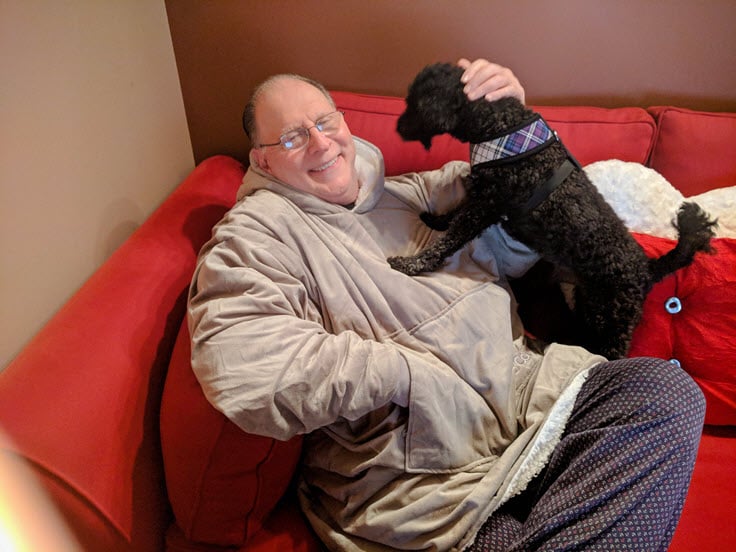 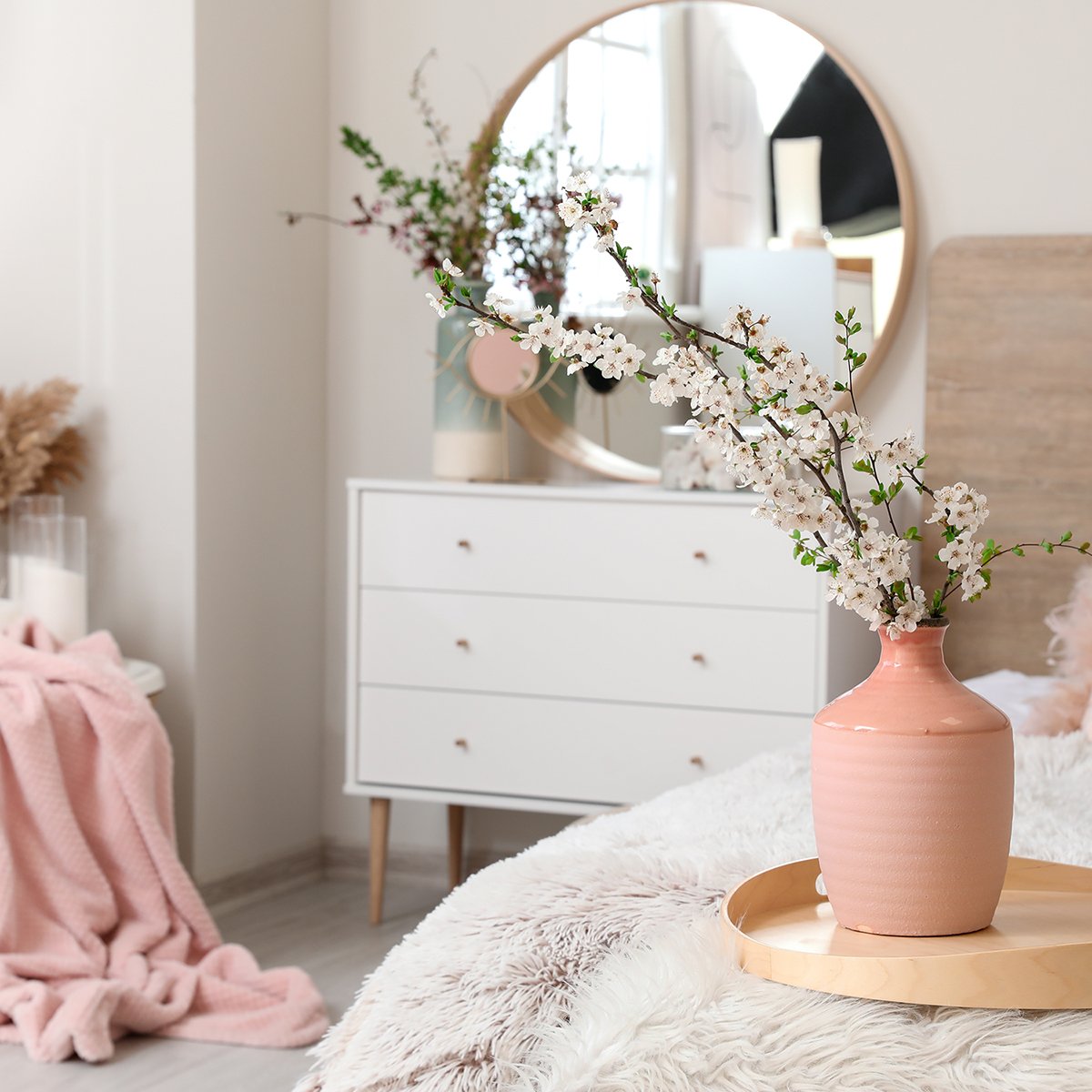